The news was announced by  Manny Dahari on his Facebook page, after he greeted them at Ben Gurion airport.

"Welcome home! After ten years of not seeing my younger siblings, two years of trying to get them out and three failed attempts, they're finally out," the young Israeli wrote on his Facebook page. 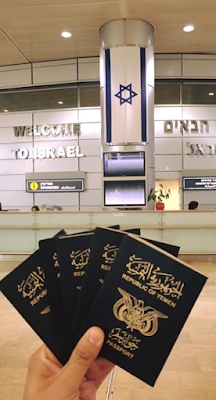 Earlier this month, Druze MK Ayoub Kara publicised the desperate situation of the  Jews still living in the Yemen capital Sana'a and in Raida, in the north. A Yemenite Jew who had arrived recently in Israel disguised as a Muslim had told him that they had been given an ultimatum by Houthi rebels: 'convert or leave'.
Posted by bataween at Monday, October 26, 2015