The Muslim pedigree for 'dirty Jew' 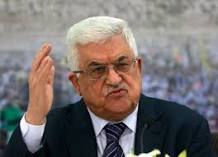 “Al-Aqsa is ours and so is the Church of the Holy Sepulchre. They have no right to desecrate them with their filthy feet. We won’t allow them to do so and we will do whatever we can to defend Jerusalem.”

Thus has the official Palestinian Authority news agency Wafa quoted the Palestinian leader Mahmoud Abbas, complaining that Israelis were trying to assure equal access for Jews and Muslims to holy sites in Jerusalem.

Of the many insults and epithets launched at the Jews through the ages, none has quite the cultural pedigree of "dirty Jew".

"Dirty Jew" has been a common expression of anti-Jewish antipathy throughout the centuries in Christian Europe. It was heard during the Dreyfus Affair in France, the Kishinev Pogrom in Russia, and  during the rise of Nazism in Germany.

But how widespread is it in the Muslim world? In referring to 'filthy feet', Abbas seemed to be quoting a hadith:

"You must clean your courtyards and do not follow in the footsteps of the Jews" - who keep themselves unclean.

Paradoxically in Moroccan Arab folklore, Jews were thought to have special powers over the elements, according to anthropologist Aomar Boum, but it was because they 'smelled bad':

"Jews were also thought of as rainmakers who could bring a good harvest by guaranteeing the fertility of the soil. Folk narratives of Arab and Berber tribes throughout North Africa stated that the Prophet Mohammed and his companions prayed for rain after a severe drought and only met with success when an old Jew went to a grave, took a bone, and started praying with his fellow Jews: In the middle of their prayers rain began to fall. Arabs and Berbers alike attributed this power to the fact that Jews smelled bad, and so, therefore, God granted their wish for rain showers—but nevertheless, in times of drought, Jews were called upon to pray for rain, even though they were typically not allowed to get close to the village spring, out of fear that they might desecrate it."

Jewish 'dirt'  was taken to its logical extreme in Sh'ia tradition, where the Jew was Najas, or impure: To wine and other spirits, dogs, swine, dead animals that were not ritually slaughtered, blood, excrement, and the milk of animals whose meat Muslims are not allowed to eat Shi’a jurists traditionally add dead bodies and non-believers.

Thus Jews in Iran were not allowed to handle fruit and vegetables in the market, lest they contaminate them, and Jews were even known to have been executed in 19th century Persia for brushing up against Muslims in the rain, thus rendering them impure.

As recently as  2006, Mohamed Ali  Ramin, an adviser to president Ahmadinejad of Iran, said: "Jews are a dirty people. That is why one has accused them throughout history of spreading deadly diseases and plagues*."

*Judeophobia and the denial of the Holocaust in Iran by M. Kuntzel (p 250)
Posted by bataween at Friday, September 18, 2015