'The memory of Jews is everywhere in Iraq'

Iraqis look back with sentimentality at the country's vanished Jews,  Emma Sky tells Elhanan Miller of the Times of Israel. In 2007 she spent time in Iraq 'trying to bring peace to the region', a well-nigh impossible task today: (with thanks: Lily) 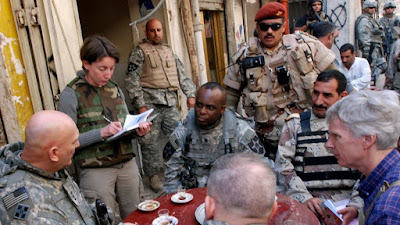 During her time in Iraq, Sky was surprised by the level of Iraqi sentimentality for the country’s bygone Jewish population. At the start of the twentieth century, Jews were estimated to comprise 40 percent of Baghdad’s population, she noted.

“The memory of Jews in Iraq is everywhere,” Sky said, remarking that Youtube clips of traditional Iraqi music commonly circulated in the county were often preformed by Jews living in Israel. “Iraqis see that their music heritage and some of their culture has been kept alive by Iraqi Jews.” 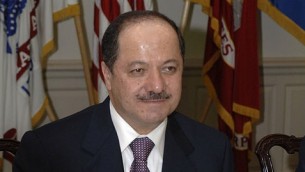 Once, during a visit with Masoud Barazani, President of the autonomous Kurdistan Region in northern Iraq, Sky was told of an emotional meeting between the Kurdish leader and a congressman’s chief of staff of Kurdish-Jewish descent. “The chief of staff said to Barazani: ‘you may not remember me, but we’ve met before. I was the little boy who you helped escape from Iraq,'” she said. The American staffer as well as Barazani’s translator were in tears, Sky wrote in her book, and Barazani himself “struggled to maintain his composure.” During his meeting with Sky, Barazani proudly noted that former Israeli defense minister Yitzhak Mordechai hailed from the next village over. ‘The memory of Jews in Iraq is everywhere,’ Sky said

Those days, sadly, are long gone. Today, with the Islamic State gaining control over vast tracts of land in northern and western Iraq, it is doubtful whether Iraq even exists as a state today. It is not only the Jews — who composed the Babylonian Talmud in the land between the two rivers 1,500 years ago — who are now extinct from Iraq, but increasingly also Christian and other minorities whose existence can be traced back millennia.

Pardon me, Ms Sky, but Point of No Return can report that your story has been embroidered and garbled in the telling. The Congressman's chief-of-staff was in fact not a Kurdish Jew, but Edwin Shuker, a Baghdad-born Jew now living in north London, who had offered to act as the congressman's translator. Masoud Barazani was one of the Kurds helping to smuggle Jews out of Iraq at the time. Edwin was 16. See this article: 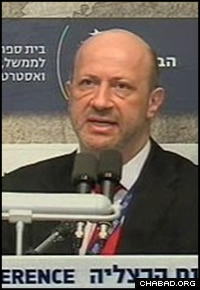 "Shuker has since made several trips back to Iraq, visiting the sites of the Jewish school, his family’s synagogue, and his family’s former home. In 2006, he accompanied an American congressman on an official tour, acting as his interpreter and meeting with government officials. Shuker addresses the Herzilya Conference of Justice for Jews from Arab Countries in February 2009. As the American delegation met with Masoud Barzani, the then newly-elected president of Iraqi Kurdistan, Shuker mentioned that the two had met before, when Barzani had smuggled Shuker and his family to safety. As Shuker tells it, when the two embraced, even the American officials had tears in their eyes."

Will the fate of Iraq's Jews soon befall others?
Posted by bataween at Sunday, July 26, 2015