US, learn from tragic Jews in Iran 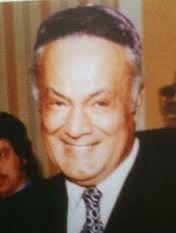 Habib Elghanian, the Jewish businessman and community leader executed in Iran in 1979


Why are Iranian Jews sceptical about the Obama administration's efforts to reach a deal over Iran's nuclear capability? Why do they take a hardline stance? Because they know what sort of regime they are dealing with, says Karmel Melamed in Jewish Journal. If Ashkenazim in the US understood what Iranian Jews have been through, they too would not trust the regime. In a similar vein - if Ashkenazi leftists in Israel understood the trauma  Jews had experienced in Arab countries, they would begin to understand why so many voted for Netanyahu.

During the last few weeks, many of my friends from the Ashkenazi community have asked why countless Iranian Jews living in the U.S. such as myself are opposed to the current efforts by the Obama administration to renew ties, the Islamic Republic of Iran and the current nuclear deal to officially grant the regime nuclear capabilities. The reasons why we oppose a radical Islamic regime like Iran from having nuclear weapons capabilities are numerous, but I believe if American Jews and even non-Jews fully understood our painful experiences of living under and escaping this evil regime, then they too would never trust such a regime with the capabilities to create weapons of mass destruction.

In all honesty, I do not speak for the roughly 70,000 Iranian Jews living in Southern California and in New York. I am merely a journalist who for nearly two decades has been covering Iranian Jewry in the U.S. and has had my ear to a community that still has not fully overcome the trauma and tremendous hardships in Iran after the 1979 revolution. I feel compelled to briefly share our community’s stories and experiences in Iran as religious minorities in the hopes that anyone who values life and liberty in America will finally wake up and realize that the ayatollahs in Iran can never be trusted.

Over the past 36 years, some of our friends in the Ashkenazi community have slowly discovered our agonizing experiences of fleeing or leaving Iran after the 1979 revolution. But because of remaining language and cultural barriers in the Iranian-Jewish community, our Ashkenazi brethren have not fully realized the depth of our wounds suffered at the hands of the ayatollahs ruling Iran with iron fists. From 1925 to 1979, under the Pahlavi kings, Iran’s Jews and other religious minorities were able to enter society as productive and educated citizens, prospering and living in relative peace within the Muslim majority society.

In my opinion, the real nightmare for Iran’s Jews began in May 1979, when our community’s beloved leader, Haji Habib Elghanian was executed by the current Iranian regime on trumped-up charges of spying for Israel and the United States. After the Ayatollah Khomeini took power in Iran, Elghanian returned to the country from the U.S. because of his concerns for the safety of the nearly 80,000 Jews who lived in Iran. Sadly, the new radical Islamic leaders in Iran promptly arrested Elghanian, gave him a brief sham trial and executed him by a firing squad for being “an enemy of the state.”

The news of his execution sent shock waves across Iran’s Jewish community, in which many could not believe that such a prominent community leader was suddenly executed for no reason. Elghanian’s execution sparked a mass exodus of Jews out of Iran, many of whom were largely scrambling to sell their successful businesses and numerous assets in Iran at near bargain prices in order to escape this new totalitarian radical regime in Iran. Some even fled Iran leaving behind millions in assets and properties. The vast majority of the Jews of Iran at that time realized that if this new Islamic regime had no value for the life of one of their leaders, then their own lives were in imminent jeopardy. Yet Elghanian’s execution was only the first of many more Jewish arrests, executions and killings under the Iranian regime’s new rule.

Life in Iran under Khomeini’s radical Islamic regime left Jews and other recognized religious minorities as second-class citizens. Other religions such as the Baha’i faith were not officially recognized by the Iranian regime; Baha’is had zero legal rights or protections. The new Islamic regime gradually took control of or expropriated Jewish schools, institutions, Jewish private businesses and Jewish properties under the pretext of the regime seeking to give back to Iran’s “underprivileged” class.

In the public sector under the regime’s radical Islamic laws, Jews in Iran since 1979 and up to today face laws exposing them to constant persecution, discrimination, humiliation and even surveillance, their activities closely monitored by the Iranian intelligence service. Jews and other religious minorities have limited rights in practicing their religion, cannot build new houses of worship and are restricted from participating in many business and social activities. For example, Jews are prohibited from teaching their religion to their children if the education will prevent their children from converting to Shia Islam in the future. Jewish schools in Iran cannot be shut down for the Sabbath, and the teaching of the Hebrew language to young Jews is strictly prohibited by the Iranian regime, except for learning certain prayers.

Moreover, civil laws in Iran today generally prevent Jews and other religious minorities from gaining any form of “superiority” over Muslims — even in the case where non-Muslims in Iran cannot own or build buildings taller than buildings owned by their Muslim neighbors!

The laws of inheritance in Iran today are even more discriminatory against Jews and other religious minorities. According to an April 2001 religious edict issued by Iran’s Supreme Leader Ayatollah Ali Khamenei, any religious minority who converts to Islam can claim the entire inheritance of their deceased parent, spouse or relative, while their non-Muslim relatives will receive nothing. A Muslim woman who marries a Jew or other non-Muslim faces the death penalty; any Muslim who converts out of their faith also faces death by the regime. Even in matters of civil law in which a person’s family is entitled to a monetary compensation or “blood value” for intentional or accidental killing a non-Muslim, there is discrimination in Iran. According to the Iranian regime’s civil code, the official “blood value” or life of a Jew, Christian or Zoroastrian is worth only one-eighth that of a Muslim. Therefore, the family of the non-Muslim who is killed may obtain only one-eighth of the monetary compensation from the killer.

Also, while religious minorities in Iran such as Jews are granted a member of parliament, that person is merely a figurehead for Western media propaganda, and has no actual authority or voice on behalf of each religious minority group.

According to a 2004 report prepared by Frank Nikbakht, a local Iranian-Jewish activist, since 1979, at least 14 Jews were murdered or assassinated by the Iranian regime’s agents, 12 Jews have disappeared after being arrested for attempting to flee the country, at least two Jews died while in custody, and 11 Jews have been officially executed by the regime. In 1999, Feizollah Mekhoubad, a 78-year-old cantor of the popular Yousef Abad synagogue in Tehran, had his eyes gouged out before he was the last Jew to be officially executed by the regime, the report stated. In 2000, 13 Jews living in Iranian city of Shiraz were facing imminent execution after being arrested on trumped-up charges of spying for Israel and the United States. Ultimately, the Shiraz Jews were not executed but sentenced to prison terms and have since been released as a result of pressure from American Jews and European human rights activists. Yet, the persecution of Jews and Christians in Iran still endures today and will not cease until there is regime change in Iran.

Iran projects rosy version of Jewish history
Posted by bataween at Friday, May 01, 2015

Email ThisBlogThis!Share to TwitterShare to FacebookShare to Pinterest
Labels: Iranian Jews in US, Jews of Iran, Sephardim/ Mizrahim