If it were not for a few determined individuals, the Alaska Airlines airlift of Yemen's Jews in 1949 might never have happened. Getting the refugees on the planes was the least of the problems: the aircraft were at risk of running out of fuel, and if they landed in enemy territory,  the crew and passengers could be shot. Joe Spier tell the amazing story of Operation Magic Carpet in the San Diego Jewish World (with thanks: Geoffrey): 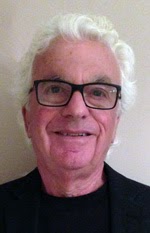 
CALGARY, Alberta, Canada — The story of the modern exodus of “Beta Israel” the Jews of Ethiopia during Operations Moses and Solomon, which together airlifted some 22,000 Ethiopian Jews to Israel, is well known. Less well known is the dramatic exodus of over 48,000 Jews from Yemen. Almost unknown is the role played by Alaska Airlines.

No one knows for certain when the first Jews came to Yemen. Local  legend has them being sent as traders by King Solomon. In any event,  Jews have lived in Yemen for many centuries. In that backward and  poverty-stricken country, the Jews were the poorest and lowest of  citizens living in contempt and on sufferance as dhimmis. However, in  their synagogues and schools, they taught their male children to learn  and write Hebrew. They never forgot their faith, protected the traditions,  observed the Sabbath and passed the Torah and Talmud to each  succeeding generation. Following World War I, when Yemen became  independent, life in that Muslim country for the Jews became intolerable.