Al-Ghriba all set for pilgrimage next week 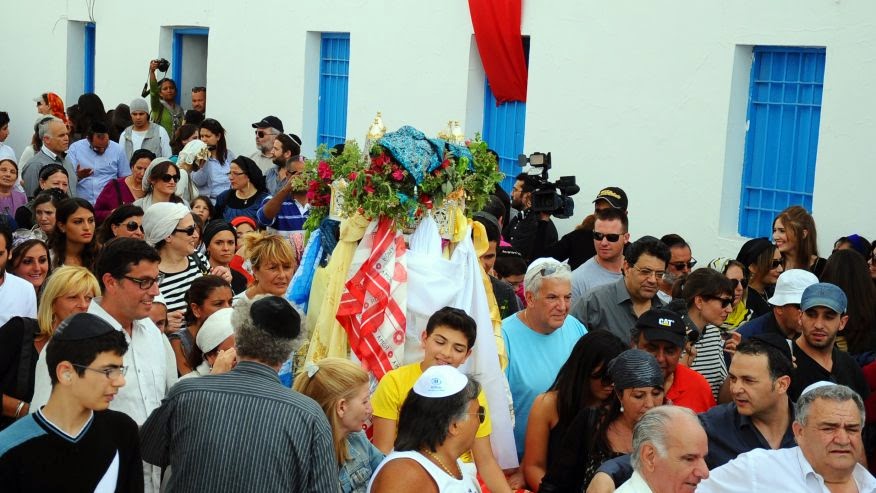 The synagogue of al-Ghriba is all set to welcome thousands of visitors on 6 and 7 May 2015 for the annual Lag Ba' Omer pilgrimage. The Tunisian government seems particularly keen to show it has taken all necessary security precautions, according to Tunis Afrique Presse. Not only has the synagogue been a target of a terrorist attack in 2002, but 21 tourists were gunned down at the Bardo Museum in March.

Tunis — Minister of the Interior Mohamed Najem Gharsalli, on Friday, said his department has taken appropriate measures to ensure the success of the pilgrimage to El Ghriba, Djerba scheduled from May 6 to 7, 2015.

"The ministry has prepared the security reinforcements needed for the success of this event," he indicated at a meeting, attended by ambassadors of Algeria, France, Russia, USA, Italy, Japan, United Kingdom, South Africa, Czech Republic, Spain, China, Netherlands and Canada.

Mr. Gharsalli said all precautions have been taken to protect the residents and visitors in their travel and stay in Tunisia.

The government will be represented at this event by several ministers, including the Ministers of the Interior and Tourism, to show its commitment to the success of the pilgrimage season and to rooting out terrorism.

Read article in full
Posted by bataween at Thursday, April 30, 2015