The Jerusalem Post has been interviewing the late Nessim Dawood's Israel-based family and friends in order to put together this tribute to the Iraqi Jew best known for his translation of the Koran into English. 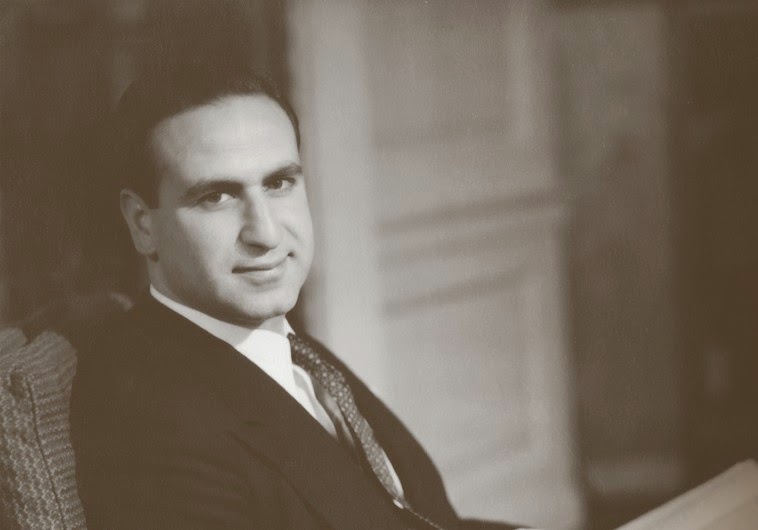 On November 20 the world lost a rare talent with the death of Nessim Joseph Dawood (pictured).

An Iraqi Jew, he is revered for his masterful translation of the Koran into English for Penguin Classics, never out of print since 1956. He was the 20th century’s most outstanding translator of Arabic to English and English to Arabic, and a man with an extraordinary sense of language and poetry. To paraphrase William Shakespeare, whose work fascinated the scholar from an early age: The man had music in himself.

Dawood’s translations of tales from The Thousand and One Nights collection put the original Arabic stories of Shahrazad onto the bookshelves of many an English- speaking living room, and his idiomatic version of the Koran became the go-to text for those who, while interested in its content, had been unable to contend with the old-fashioned and more literal renditions previously in existence.

The descendant of an ancient Jewish family that had left the Land of Israel before the destruction of the Temple, he was born in Baghdad, the sixth of seven children.

Yakov Yehuda, the youngest of the seven, and today one of Dawood’s three surviving brothers, spoke to The Jerusalem Post about his scholarly sibling and their family history.

Their parents, whose marriage had been arranged – as was the custom at the time – both attended the Alliance Française (sic: Alliance Israelite - ed) school in Baghdad. They were fluent in French as well as Arabic, and their mother spoke enough English to teach the rudiments to her children.

“Our father, Yosef, was a merchant who had been an officer in the Ottoman Empire. Before we were born he had business concerns in Iran, in Isfahan I think, and therefore also spoke fluent Persian,” said Yehuda.

“Our [original] surname is Yehuda,” he said, explaining that the family is related to Sarah Yehuda, the mother of David Yellin, of David Yellin Academic College fame. This ancient family name did not, however, appear on Dawood’s Iraqi ID card, just his own given name, plus those of his father and paternal grandfather, “Nessim Yosef [Joseph] David.”

When he left his native land for England in 1945, the third name, adapted from David to Dawood (the equivalent in Arabic), became the surname on his passport. Later, his nom de plume was to be N.J. Dawood.

The Yehudas left Iraq for Israel when Yakov was 19, as a result of the difficult situation for Jews in Arab countries after the establishment of the state in 1948.

“Shortly after we came to Israel [in December 1950], we returned to the airport to collect a Torah scroll that my father had commissioned in Baghdad in the name of his brother, Salah, who died at a very young age, and that Torah scroll is now in an Iraqi synagogue, Ohel Ari, in Ra’anana.”

Yosef’s sons did not know “much” about their father’s side of the family. Yakov said that they were aware that their mother, “had two uncles, Aharon and Ephraim Tweg, who went to Turkey, to Istanbul, to learn to be pharmacists and then became the first two pharmacists in Israel.”

The medical vocation appears to have run in the family, as Dawood’s eldest son, Richard, is a doctor, author of Traveler’s Health, and his youngest, Andrew, a dentist, is involved with 3D printing, which includes making medical applications. The middle son, Norman, however, followed his father’s professional footsteps and works in translation.

Arriving in the Promised Land in the ’50s “was very difficult, we had left everything behind. There was not much money and we lived on a moshav at first, and after two years moved to Tel Aviv,” Yehuda explained.

The eldest of Dawood’s brothers, David, who left Iraq at the age of 16 to study in Beirut, was already in Israel, having arrived in 1930. Upon immigrating, he changed his last name to Eshed.

“It was usual for people to change their names when they came to Israel in those days,” explained Yehuda.

David spent some time in the UK, only to return to Israel and work in the government, in the Agriculture Ministry. Another brother, Fouad Salah Yehuda – named after his uncle – (who changed his name to Gad Eshed when he came to Israel, at David’s suggestion), “studied aviation in the UK, and when he finished [his studies] El Al contacted him and he came to work with them at the airport. He left [that position] after a few years and opened a motorcycle shop and a driving school for motorbikes,” said Yehuda.

The fourth of the brothers, Heskel, worked at the American Embassy in Tel Aviv as commercial attaché.

The two sisters were Matilda, who came to Israel in 1946, and Flora, who married in Iraq and moved to London, then Nice, and spent her final years in Monaco.

Upon arrival in Israel, Yakov enlisted in the IDF and then “worked in a factory, and after that I went to Bank Leumi at the airport at the age of 25; I left in 1985 having attained the position of assistant manager.”

Dawood did not immigrate to Israel with the rest of his family. He had been in the UK since 1945, sent there at age 17 on an Iraqi state scholarship to study English literature. He had exhibited an uncanny knack for this from an early age, having fallen in love with Shakespeare’s works as soon as he came across The Merchant of Venice while still a schoolboy.

He left Iraq on August 15, 1945, recalled Yakov, “the very day the atom bomb exploded on Hiroshima.”

His natural gift for language, and his perseverance, enabled Dawood to publish Arabic translations of English short stories in local publications while still in school in Iraq. According to researcher and fellow Iraqi Emile Cohen (“Tribute to Nessim J. Dawood: An Arab Jew in a Muslim World”), this attracted the attention of a respected democratic politician, Kamil Chadirji, owner of the Al-Ahali newspaper, who asked Dawood to translate articles from English for his periodical.

Chadirji, who also hired Dawood to teach English to his son, was to sign as guarantor for Dawood when he received a grant from the state to study in London.

Years later in the UK, Dawood – an assiduous book reviewer and contributor to letters to the editor of The Times – wrote a eulogy of Naim Tweg, his uncle and a former colleague at Al-Ahali.

Dawood’s received a scholarship to London University in the capital, but the university was evacuated to Exeter during World War II, where he toiled the next four years. The result of his labors was a double degree in English literature and Arabic.

Subsequently Dawood – whose fantasy was to translate Shakespeare into Arabic – qualified as a teacher and taught English at a secondary school in South London. He also spent three years as a journalist at The Jewish Chronicle.

In 1948, as an international student in London, he was thrilled to be invited to attend Shakespeare’s birthday celebration in Stratford-upon-Avon, a previously annual event that had only just resumed, following the end of the war. Years later – in 2011 – he was asked to speak at the same anniversary as the oldest survivor of that first postwar lunch, and shared anecdotes of the time, including how he met Shakespearean actors Claire Bloom and Alfie Bass at the theater bar. Over the years, Dawood attended several such lunches in commemoration of the Bard, whose work he continued to delight in.

In 1949 he married Juliet Abraham – the sister of his childhood friend Eliahu Abraham – at the Lauderdale Road Spanish and Portuguese Synagogue in London.

The couple were married for 65 years and had three sons and nine grandchildren.

But it was in 1952, when the young scholar attended a talk by E.V. Rieu, renowned for his Greek-to-English translations of Homer’s Iliad and Odyssey, and founding editor of Penguin Classics (a subdivision of Penguin Books), that his life-course would change.

Rieu’s novel concepts went straight to Dawood’s core, as he explained in a 1990 interview with The Bookseller magazine.

The publisher spoke of “a new kind of translation,” of the “challenge of emulating the excellence of the original”; and the concept that “a good translator must be a good writer” and should use “idiomatic English”; that “a translation had to sound well when read out loud.”

“I was enthralled,” said Dawood in the interview.

He wrote to Rieu, enclosing a translation of the prologue to the book of Eastern tales that was to become a household name, Tales from the Thousand and One Nights.

To Dawood’s amazement, what he received by return mail from Rieu was the offer of a contract to translate the Tales themselves.

Tribute to Iraqi Jew who translated the Koran

I am haoy and proud to be a descedndent of Iraqi Jews;.I may not be as grand as the man mpentioned in your blog but
On m mother's side there were a few intelligent people

My own nonno was a genius (grandfather)and could add up long lists of maths.Pity I did not take ater him!
sultana

You are good with words, Suzy!

thanks!
I hope to recover m eyes.
sultana

Not "Yakov," but "Ya'aqov." The glory of Babylonian Jewry is in the rise of their tremendous scholarship in Talmudh & Halakha. They have totally changed the landscape among Sefaradi Jewry in Israel as well as abroad & their influence has spread even among our Ashkenazi brothers.