'We Arabs miss you Jews"

An Arab Middle East without minorities is a terrifying prospect for a Lebanese Christian acquaintance of Einat Wilf, MK. He wants the Jews back, a symbol of pluralism and tolerance. It is not about the Jews, however: the Arabs, like the Europeans, are working out their identity - with tragic consequences. But this time, the Jews are not sticking around, she writes in The Irish Examiner: 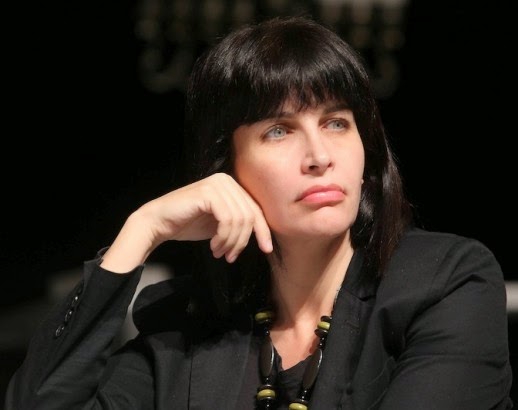 Dr Einat Wilf, MK: 'it's not about the Jews'

“We, the Arabs of the Middle East, miss you – the Jews.” I smiled at the irony.
He went on to explain that while it has been more than sixty years since nearly a million Jews of the Arab Middle East have been expelled and forced out of their home countries, it is now becoming evident that this merely foreshadowed things to come.

He recounted his horror by the rising tide of Islamic brutality, genocide, and ethnic cleansing of Christian communities that is taking place everywhere the Islamic State is gaining ground. Just like the Jewish communities, those Christian communities – gone overnight - have been there before the birth of Islam and the Arab conquest of the region.

He said that he is terrified to think of an Arab Middle East without minorities. He expressed fear that the intolerance demonstrated towards the Jews decades ago is now being turned towards almost all other minorities from Christian to Allewaites to Shiites to the Sunni Muslims who fail to uphold the demented standards for Muslim piety set by the Islamic State.

My Arab colleague was brave enough to admit this simple truth that the world has learned over and over again, and yet seems to never internalize: It starts with the Jews. It never ends with the Jews.

When the “Jewish Question” was discussed in Europe of the 19th century, it was not really the Jewish Question – rather it was the European Question. It was about what Europe is and what it wants to be.

Tragically, Europe worked out its identity as a continent, its ideologies and its loyalties, on the back and ultimately, on the ashes, of the Jews, nearly destroying the entire European civilization in the process.

When Europe is experiencing yet again rising tides of hatred and intolerance towards Jews – whatever else it might call it and however it might seek to mask it. It is time for Europe to ask what is wrong with Europe and not what is wrong with the Jews. Europe’s vision of itself is challenged from within and without, and this time around, it seems that many Jews don’t plan to stick around to find out how Europe will resolve the European Question "this time around “.

The Arab world is no different with respect to the “Jewish Question”. It is not about the Jews, and not even about Israel and Zionism, it is about the question of Arab and Muslim identity. And, like Europe before it and, sadly perhaps still today, it is working out its identity, ideologies, and loyalties - initially on the back of the Jews and now on the back of other minorities.

The Christians of the Middle East believed they would find their peace and security by aligning themselves with Arab nationalism and becoming some of its most vocal defenders. They thought that by aligning themselves with Arab intolerance towards Jews, they would shield themselves from the simple fact that the vast majority of Arabs were Muslims and that as far as Muslim theology is concerned Christians, like Jews, are not and cannot be considered equal to Muslims.

With the advancing terror, my colleague expressed his desired to see the Jews back in Beirut, Alexandria, Baghdad, Damascus, Aleppo, Tripoli and Casablanca, as they have been for over a thousand years.

He believed that if the Jews were to return, the minorities of the Middle East could join hands together to promote a vision of pluralism and tolerance that would stem the tide of rising intolerance and brutality.

My colleague overlooked the irony that the only place in the Middle East were Christians were not fleeing, but were secure, growing and prospering, was in the Jewish State of Israel.

Some day, perhaps, the Jews of Europe will reverse their renewed Exodus. Some day, these places might truly offer havens of peace, pluralism, and tolerance, and would settle the questions of identity that plague them.

Until that day – thank goodness for the Jewish state.

Arabs without Jews: roots of a tragedy (Magdi Allam)
Posted by bataween at Sunday, December 28, 2014

off/topic
Destruction of cultural monuments and artifacts of non-Muslim peoples in the Middle East by ISIL and the like.

Einat Wilf is one of the most despicable politicians in Israel. That's quite an accomplishment.

You sound like a Laborite who is sore at her because she left Labor and stayed with the Netanyahu govt, along with Barak, and Simhon and others.

I think that Hayim Ramon is one of the most if not the most despicable politician in Israel. Einat Wilf does not even come close, unless you have info which is not generally known.

Not really. Netanyahu sounds like a Laborite compared to me.
I just think that her proud and militant pro-assimilation stance is more prejudicial to Israel than any Meretz/Balad politician.