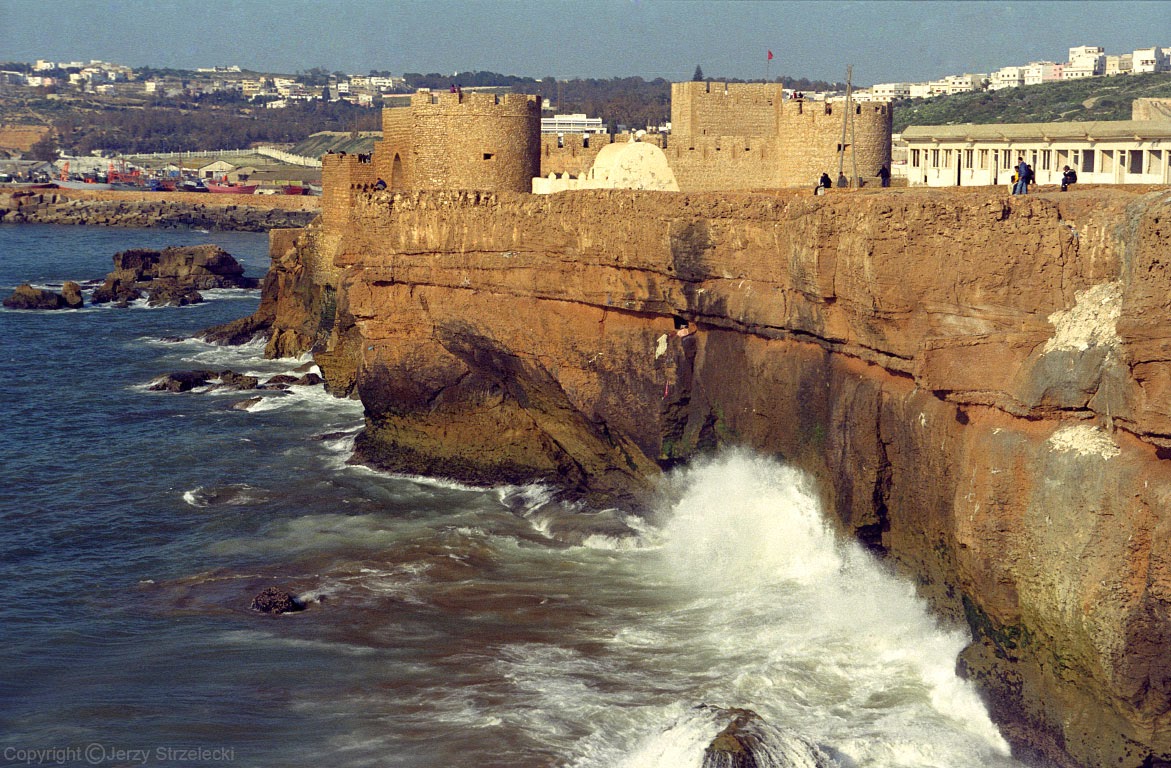 The Portuguese fortress at Safi


Born to a Jewish family in Safi, Morocco, Penina Elbaz tells of her ordeal as a 14-year-old prisoner in a Moroccan jail in the Jerusalem Post blog, Clash of Cultures. Penina now lives in Montreal, Canada.


Dedicated to my brother Edmond Elbaz, who was only 25 years old when he had to struggle with Moroccan bureaucracy, intimidation and threats to get us all freed.


In 1967, one month after the Six Day War, we finally decided to go to the beach after several days in hiding because Muslims threw stones at us on the streets or at our house, incited to fanaticism by the propaganda news on the radio that was predicting victory and calling for Arabs to destroy Israel and the Jews. They were convinced that the Israelis would lose the 1967 war and that the Arab world was preparing to throw Israelis and Jews into the sea. This is what President Nasser was promising them in the loud radio broadcasts in their homes and in the food stores. As his promise was not fulfilled, the  anger over Israel's lightening victory in the Six-Day engulfed the Jews like a wave of rage.


On the beach some sailors from Holland were chatting with young Jewish girls. The sailors began to sing Hava Naguila. I was not far away, getting ready to climb onto a swing: I stopped. It was very risky to sing in Hebrew in public. What was about to happen, I felt with apprehension tinged with curiosity, was somewhat surreal.

Shortly thereafter we were surrounded by Moroccan policemen pointing machine guns and shouting, "All Jews to the police van". Several people tried to intervene and save us from the forthcoming ordeal, but in vain. We obeyed. The police did not listen, they gave orders. As we were wearing bathing suits, we were  permitted to get dressed. I went into a cabin and changed slowly, taking an eternity, before being arrested.


There I was, arrested in Safi, at the age of 14, with a group of Jews, accused of having sung Hava Naguila in public to celebrate Israel's victory. We were also charged with being Zionist spies. In my group were Raquel, Simone, Daniel Israel, Poupee, Armand, Guy, Suzy, Lison, Dolly, Nicole, Ruby with her twin babies, and Eleonore. Eleonore explained that she was deaf and dumb, but the police inspector told her that she had clapped her hands in celebration and therefore she was a Zionist.

In the police van we sensed that we were being sucked into a dreadful abyss. At the police station the Dutch sailors came out with ashen-white faces after interrogation and were sent back to their country.

We stood in line. Inspector Berrada called out my name. By nature, I hate injustice and am outspoken. He asked me if I spoke Hebrew. I replied no, but added that  I went to the Alliance Israelite school where we had the right to learn Hebrew and sing prayers and Hebrew songs - so we did not do anything wrong! He was very shocked and asked me where this school was located. A secretary was typing every word at full speed. Very quickly, I lost my composure and become anguished over seemingly having betrayed my own kind.
Daniel Israel, aged 17 or 18, was particularly badly treated because of his surname. How come he retained his dignity and gentleness? The other two boys, Armand and Guy, showed tremendous resilience, honor and dignity in the face of  savage and unjust accusations and ill-treatment. Most of us were holding up as best we could but endured extremely painful moments. We supported each other; building a strong bond out of a nightmare. Lison re-invented herself as a comic, as if by magic transporting us  to a different place through laughter.

We were questioned one by one until late. These interrogations were awful. The police inspector was seeking to make us admit that we were singing an Israeli song in public, to celebrate Israel's victory, that we were spies and Zionists. However, no Jew would have had the courage to sing in public, in Hebrew. Only the two sailors from Holland had done the singing. Who knows what damage had been done to the psyche of each of us, our parents, brothers and sisters following our arrest?
We were photographed and fingerprinted as though we were criminals. Did we have a case file? There was no court trial. No lawyer had the courage either to represent or to defend us. Outside the prison gates, fanatical Muslims clamored their hatred. They were there at all times, behind the gates, ready to kill. It was scary to see and hear them whenever the jail gates were opened.

As no lawyer would take our case out of fear, my brother Edmond and Mr. Merran went to Rabat to plead the case for our release. All this was undertaken discreetly. Theirs was a very difficult and risky attempt to reach the King and get us freed. Weaving their way through the bureaucracy, they had to plead, give out bribes and submit to harassment, intimidation and direct threats of arrest. One could not  denounce the injustice for fear of inflaming the fanatics.

During twelve days we slept on cold cement. We ate what our families brought us each evening. They came regularly despite the fact they had to run the gauntlet of insults and physical threats.
We slept in the same clothing from the beach, shivering in the night cold.  We did not have washing facilities. The three Jewish males took it in turns to watch over us at night. They said they were guarding us from the criminals, delinquents and alcoholics brought in nightly by the police and dumped in the next corridor.

As the days passed, we waited for closure with growing anguish. Myself and other minors were threatened with placement in an institution for delinquents.
Ruby, a mother of children, lost control and began to scream with rage at the absurdity of it all. She wanted to go back to her children and to her secretarial school. The police punished her by isolating her in a one-square-meter dark cell with a hole in the middle for a toilet. The police agreed to return her twin baby girls to their father.

At the end of 12 days the police came to tell us that two of us, Poupee and me, would be released, in the dead of night. The idea of being outside, alone, at night, sent us into a panic. Our fellow inmates gave us beach towels to cover up, money for a taxi and egged us on to leave the jail.


The prison was far away. I wanted to go to home, but I did not know where to find my family: they had moved for security reasons, under the constant threat of brutality.

Outside, in the night, Poupee was as coquette as ever. She let her blond hair show even as I begged her to cover up. I was overwhelmed by deep fear, convinced that her blond hair would be our undoing. A taxi stopped at last and took us to her parents. Poupee was yelled at by her mother, who told her: "Mzrouba yak kolltec matzebess".   "Miserable girl, I had told you not to go out!"


We all left Morocco as fast as we were able to. We had to pay large bribes to get passports to leave Morocco. It took many months' worth of my dad's salary to get our passports, otherwise we would have been refused them.

We wanted to go to Canada. Many people from my hometown Safi were not able to get passports. But Moroccan Jews did not need passports to go to Israel.

(Translated from French by David Schwartzman)

That mother who yelled at her daughter reminded me of my mom. now that I am a mother I undstand!
These Jewish families are far happier in another country, Believe you me, there is no longer any room for us in an Arab land
sultana