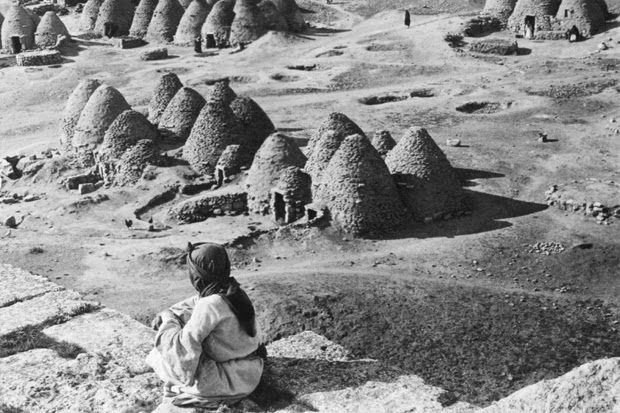 Iraq has always been home to a remarkable melting pot of cults and religions. But for how much longer?

The most remarkable melting pot in history is about to be erased by a ruthless jihadist army, IS. It's not just a crime against humanity, but civilisation, writes Tom Holland in The Spectator.


To this day, though, across the Fertile Crescent, there remain communities which bear witness to the extraordinary antiquity of its religious traditions. There are the Mandaeans, who hold themselves, as Mani did, to be sparks of a cosmic light, and whose priests, like their Babylonian forebears, are obsessive astrologers. There are the Alawites, who revere Plato as a prophet, believe in reincarnation, and pray towards the sun. There are the Yezidis, whose home of Sinjar still preserves in its name an echo of the ancient Harranian moon god. Like the Harranians, they reverence the planets; and like the Harranians, they hold a special place in their hearts for the peacock. Melek Taus, the angel whom they believe to be God’s lieutenant here in the material world, wears the form of the bird; and back at the beginning of time, when the earth was nothing but pearl, he laid his feathers over it, and gave colour to its forests and mountains and seas.

Various strategies were adopted by these communities to survive the disapproval of their Muslim overlords. All of them kept the precise details of their faiths a secret; and all of them, when faced by bouts of persecution, would retreat to remote and inaccessible fastnesses, whether in marshes or on mountain tops. The Mandaeans, copy-ing the strategy of the Harranians, were able to market themselves as Sabaeans; the Alawites, some of whom believe Ali, Muhammad’s son-in-law, to have been the reincarnation of St Peter, took on a patina of Shi’ism. Even the Yazidis, who proudly keep a list of the 72 persecutions they have survived over the course of the centuries, were sometimes willing, when particularly hard-pressed, to accept a nominal baptism from an amenable bishop.

It is hard to believe, though, that they will survive the 73rd persecution. Their prospects, and those of all the religious minorities of the Fertile Crescent, look grim. Mandaeans, exposed to murder and forced conversions in the wake of Saddam’s overthrow, are now almost extinct in Iraq. The future of the Alawites is bound inseparably to that of their co-religionist, the blood-stained president of Syria, Bashar al-Assad. As for the Yezidis, targeted as they are for extermination by the slave-taking, atrocity-vaunting murderers of the Islamic State, how can they possibly survive in their ancient homeland?

Meanwhile, with Iraqi and Syrian Jews now only to be found in Israel, and Christians emigrating from the region in increasing numbers, even the Peoples of the Book are vanishing from the Fertile Crescent.

The risk is that all traces of what once, back in antiquity, made the area the most remarkable melting pot in history will soon have been erased. In cultural terms, it is as though a rainforest is being levelled to provide for cattle-ranching. Not just a crime against humanity, it is a crime against civilisation.

Read article in full
Posted by bataween at Sunday, August 24, 2014

off topic//
Turkey's may soon feel the need to flee.

Meant to say:
Turkey's JEWS may soon feel the need to flee:

Yes, i am ver much afraid that Turkish Jews will start being outcasts.And it's not only their leader as he is supported by the population.
sultana

There are tens of thousands of Syrian Jews in the US and Canada. A simple fact easy to discern with even the simplest web search.