Islamists only five miles from tomb of Nahum 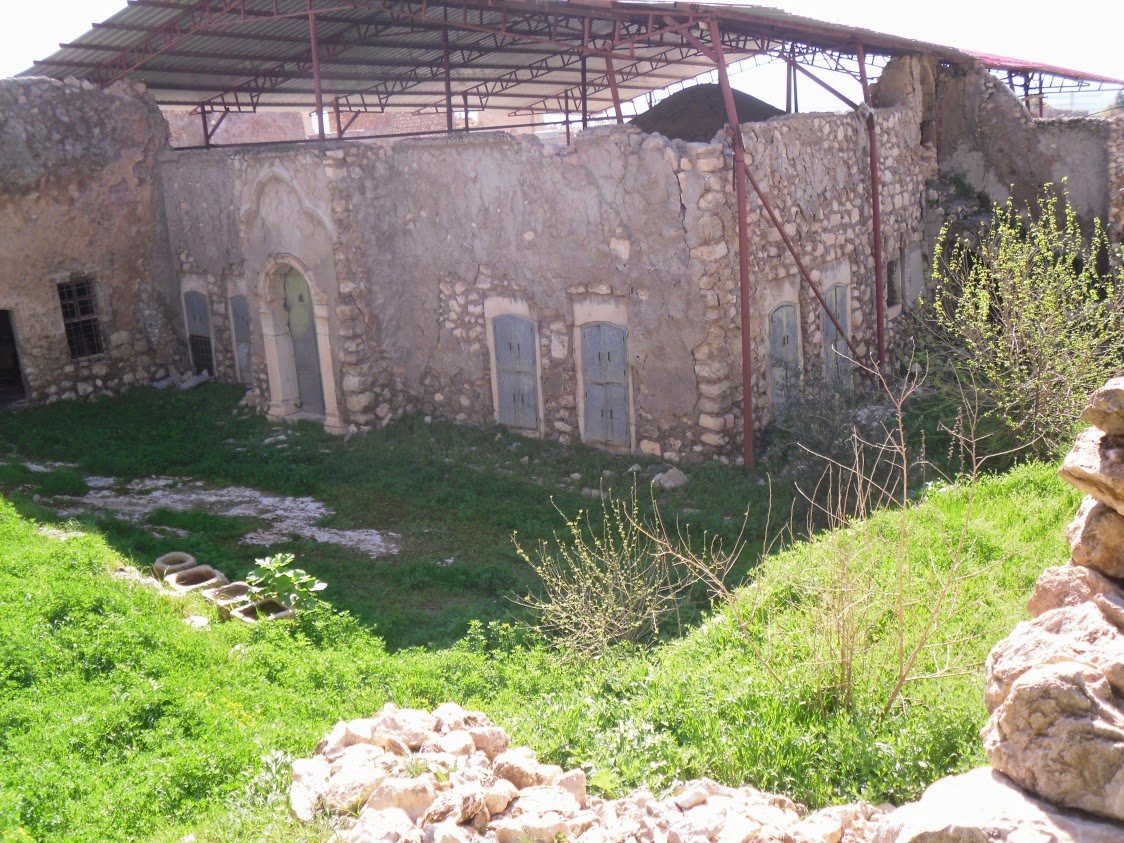 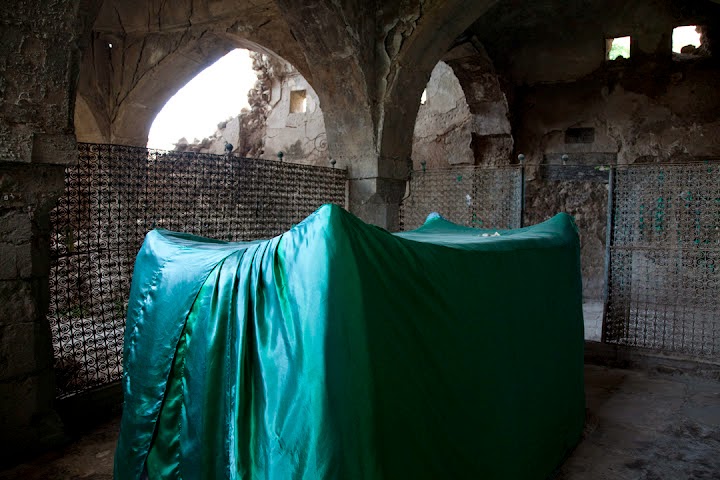 (Top) The Tomb of Nahum seen from the north west. (Bottom) The grave with its green silken coverlet.

Some 500 young armed residents  are staying behind to defend the Christian town of Al-Qosh against the onslaught by IS (Islamic State).  The rest of their families  have been evacuated to the city of Duhok in Iraqi Kurdistan.

Al-Qosh, built on high ground,  is the site of the tomb of the Biblical  Nahum and his sister Sarah, who lived during the Assyrian period (721 - 722 BCE).

The Islamic State (IS) now controls  the Christian cities of Qarakosh, Bartella, Tel Keif, and others near Mosul. It is only five miles away from Al-Qosh.  In Mosul its jihadis have destroyed sites holy to the Shi'a sect, Christians and Jews. When they took over Mosul they issued an ultimatum to Christians to pay the jizya tax, convert or die. The jihadis of IS blew up  the shrine to the Prophet Jonah and that of Seth in Mosul.

If they capture Al-Qosh IS will certainly destroy the tomb of Nahum. It is already in a dilapidated state, but the tomb itself, with its green coverlet, is still intact. The pictures here were taken by a Christian scholar who bought a house in Al-Qosh,  intending to return for good from Europe to the town of his birth.

Meanwhile  US planes have begun to relieve a humanitarian disaster by  dropping thousands of gallons of drinking water  and ready-to-eat meals to the beleaguered 50,000 Yezidis, (out of a total of 200,000) members of an ancient pre-Islamic sect, stranded  in the Sinjar mountains. The Yezidis were forced to flee a  threatened genocide at the hands of the  IS terrorists in the plains below.

The US has reportedly bombed IS terrorists marching towards Erbil, Iraq's Kurdish capital. The advance of IS accelerated dramatically in the past week when they routed Kurdish troops near the Kurdish autonomous region in the north. Their seizure of the Mosul dam gives IS a potent weapon - to deprive the population of water or flood whole cities.

Maurice Shohet, president of the World Organisation of Jews from Iraq (WOJI), said: "Obviously we are concerned for the well-being  of those whom IS militants are targeting, as well as any damage to the tombs of Nahum and Sarah, if IS reaches that area."

I wonder if people would care to refute the historical distortions of Prof Polk at link: