This clip, carried by Al-Arabiya, confirms the destruction by the Islamic State of Iraq and Syria (ISIS) of the shrine in Mosul of the Prophet Seth, son of Adam. As reported on PoNR last week, the tomb of Jonah has also been blown up. A local official, Zuhair al-Chalabi, has also claimed that the tomb of the Prophet Daniel (there is a tomb attributed to Daniel in Mosul, although there is a better-known shrine to Daniel in Kirkuk) has also been destroyed, but there is no independent confirmation of this. 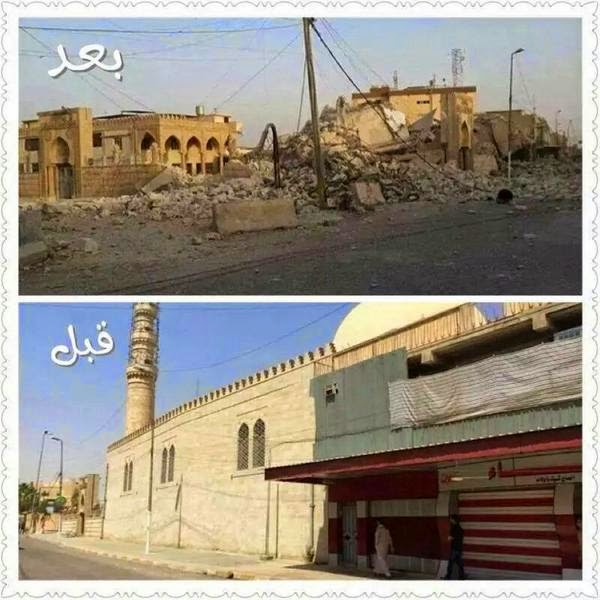 In another offensive to destroy Mosul’s religious heritage, radical militants from the Islamic State of Iraq and Syria (ISIS) group blew up Nabi Shiyt (Prophet Seth) shrine in the northern Iraqi city, Agence France-Presse reported Saturday.
“ISIS militants stopped people from coming close, set explosives in and around the shrine and then detonated them as a crowd looked on,” one resident who witnessed the demolition told AFP.

A video published on YouTube on Friday showed how ISIS detonated the entire shrine.
Seth is revered in Christianity, Islam and Judaism as the third son of Adam and Eve.

Sami al-Massoudi, the deputy head of the Shiite endowment agency overseeing holy sites, confirmed that militants blew up the Nabi Shiyt shrine and added that they took some of the artefacts to an unknown location.

“These people follow this impossible religious doctrine according to which they must destroy or kill anything or anybody deviating from their views,” he said.

“That simply has nothing to do with Islam.”
Meanwhile, a local Mosul official, Zuhair al-Chalabi, told Al-Sumaria News that ISIS on Friday wanted to destroy Al-Hadba Minaret, which is considered to be one of Iraq’s historical icons, but local residents stopped them.

The shrine of the Prophet George and the famous Nur al-Din mosque with its landmark listing minaret, the Hunchback, have also reportedly been destroyed.
Posted by bataween at Friday, August 01, 2014