The tragic plight of Yazidis and Christians in Iraq should not be seen in a vacuum. Before Sunday comes Saturday: the Jews were the first minority to be ethnically cleansed from Iraq, Lyn Julius reminds Times of Israel readers: 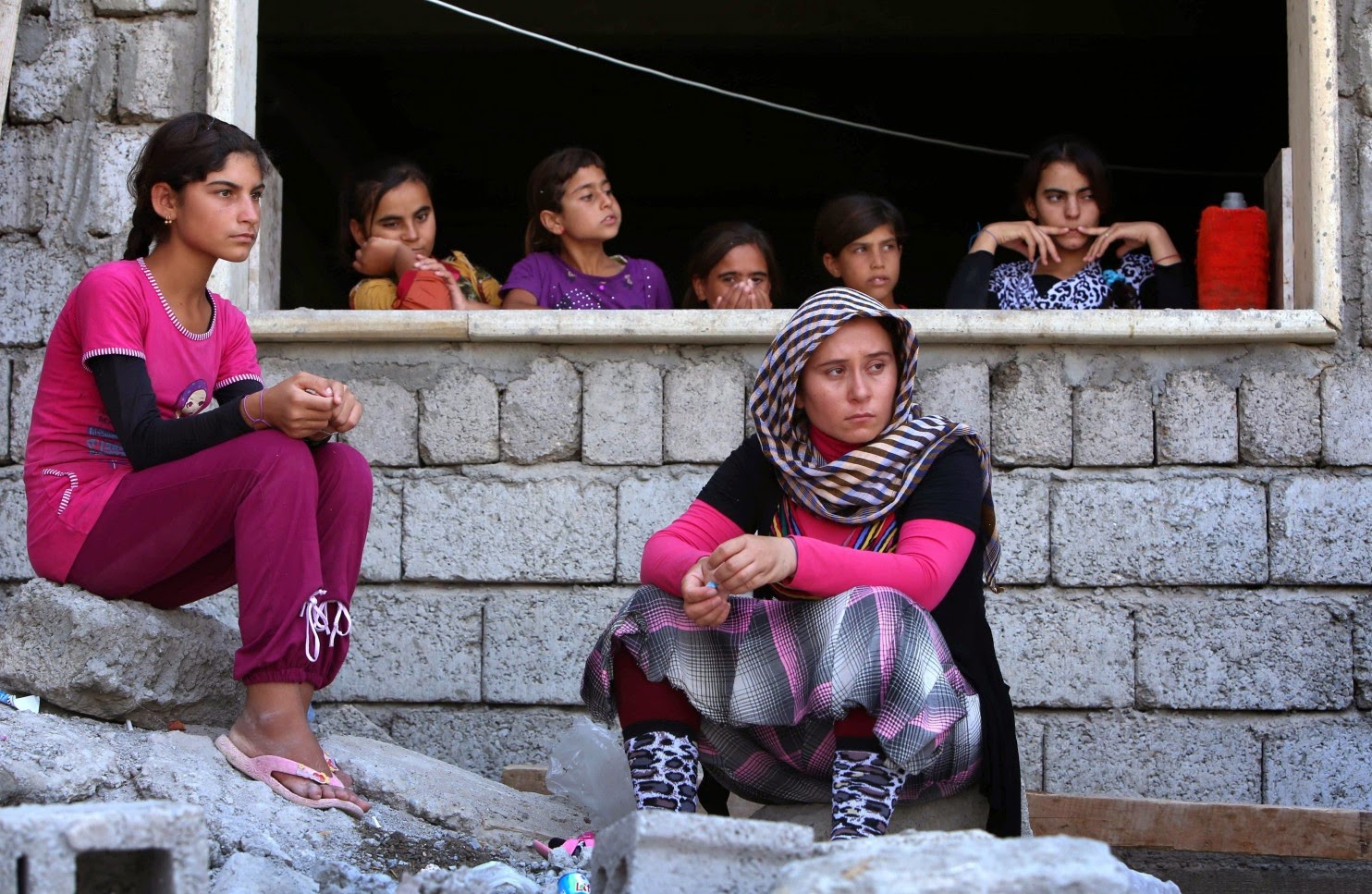 Until a few days ago, not many people in the West had heard of the Yazidis – 50,000 are stranded without food and water on the Sinjar mountains escaping the genocidal intentions of the Islamic State’s ( IS) army.

Now that the international community has bestirred itself to relieve their dramatic plight with US and British airdrops of desperately-needed supplies, the under-reported tragedy of Iraq’s pre-Islamic religious minorities – not just Yazidis but Assyrian and Chaldean Christians – is finally capturing the headlines.

The gruesome details are trickling out, of IS’s barbarous treatment of the local population as they advance into Kurdish areas: mass executions, crucifixions and beheadings, women and children forced into slavery.

Church leaders, among them Canon Andrew White, the ‘Vicar of Baghdad’, lament:

“We are witnessing today an act of religious and ethnic cleansing toward Christians as well as many other communities such as Sufis, Shabaks, Mandaeans, Yazidis, Turkmen, let alone Shi’is and Sunnis, as extremists drive people out of the lands that have been their home for thousands of years.”

Missing from the list of persecuted groups is the oldest of Iraq’s religious minorities : the Jews. Canon White, who has taken on the mantle of protecting Baghdad’s remaining five Jews, knows better than most that Iraq’s 150, 000- member Jewish community has been driven to extinction. First the Saturday people, then the Sunday people. But there are so few left in Iraq that Jews – once Baghdad’s biggest single ethnic minority – do not merit a mention.

There is no doubt, however, that had there still been Jews in the area which has fallen under its control, IS would have massacred them all. Mercifully, the 18,000 Jews of the Kurdish region fled in 1950.

For IS, the next best thing to ethnic cleansing is to eradicate all memory of Jewish history in Iraq. Already it has blown up the tomb of Jonah, who is revered not just by Jews but Christians, and Muslims who do not subscribe to IS’s nihilism. The jihadists have also blown up the tomb of Seth. (There is also a claim that they destroyed the tomb of Daniel in Mosul, one of several supposed burial sites.)

Now IS is threatening the tomb of another Biblical prophet. The terrorists of IS are but five miles from the shrine of Nahum, who lived during the Assyrian period and is buried with his sister Sarah in the Christian town of El-Qosh. The positive news, however, is that 500 young armed residents have stayed behind to make a stand against IS, while their families have been evacuated to Duhok in Iraqi Kurdistan.

Before they fled to Israel, almost the entire Jewish populations of Mosul and surrounding villages would arrive at the shrine of Nahum to celebrate the festival of Shavuot. (...)

The Shavuot pilgrimage last occurred in 1951. In the words of a popular Kurdish Jewish saying: “He who has not witnessed the celebration of pilgrimage to Nahum’s Tomb has not seen real joy.”

Despite the destruction of their heritage, the only sentiment one can feel nowadays is boundless joy that the Jews of Kurdistan, and of Iraq, found a safe haven in Israel. Unlike the Christians and Yazidis, the Jewish minority of the Middle East, now concentrated on the eastern shores of the Mediterranean, have the luxury of a sovereign state of their own. Yes, the Jews of Israel are faced with a genocidal campaign by IS’s ideological cousins, Hamas – but at least they have the means to defend themselves.

Read article in full
Posted by bataween at Monday, August 11, 2014

Why are the last nazi war criminals, like Alois Bruner, hiding in Syria? Nesselrode sent Porphy Uspensky to de-Hellenize the Antiochians which led to Michel Aflaq founding the Nazi Ba’ath party which is why ras-Putin hid Saddam’s WMD in Syria! Ohlig & Puim show Islamic extremism came from Syriac miaphysates, products of Chrysustolm trying to consummate the Channukah crimes of his Seleucid forefathers. (“Questioning is the subversion of faith” Homily I on I Timothy I- Such was the dark mind that led Justinian to abolish the universities and Olympics and bring on the plagues.) Ochrafuxy is the mother of Islam and bolshevism because they reject Aristotle in favor of Plato. We need a Christian Samaritania buffer state surrounding Israel. Just as we neutralized Greece during the Crimean and Cold wars, we need to give the Balkans back to the aboriginal Albanian Pelasgians to prevent soviet access to the straits. Iran and North Korea both share borders with Russia and are ras-Putin’s ploy to raise oil prices which is why we must fearlessly pursue the therminucular rapture against the magog’s attempt to destabilize the Saudis.