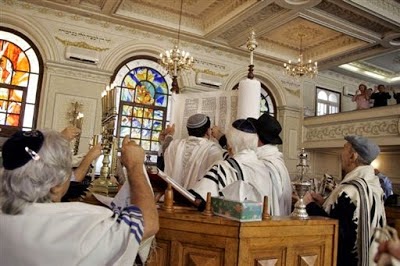 
Here we go again: attacks on Jews outside Israel always spike after violence escalates in the Middle East.  Jews still in the Arab and Muslim world remain particularly vulnerable. Report in Arutz Sheva on the latest outrage in Morocco:

The rabbi of the Jewish community in Casablanca, Morocco, Rabbi Moshe Ohayon, was badly beaten on Friday as a retaliation by locals for Israel’s airstrikes in Gaza. 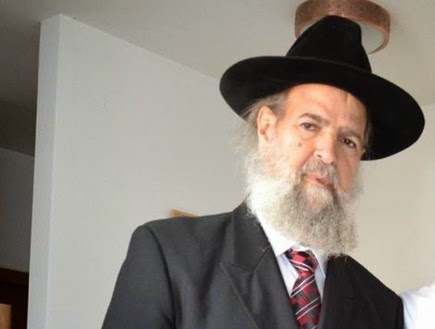 Rabbi Moshe Ohayon, before his beating (with thanks: Michelle)

According to Channel 2 News, a young man whose identity is known to the police, waited for the rabbi as he was walking to synagogue, then confronted him and kicked him.

The assailant then continued to beat the rabbi, breaking his nose and causing serious injuries in his ribs. The rabbi said that he begged for help but the passers-by ignored his cries.

The Jewish community in Morocco condemned the incident and said that its members fear a rise in anti-Semitism as the IDF continues Operation Protective Edge.

"Since the recent incidents in Judea, Samaria and Gaza began, there is an increase in harassment of Jews. It has become really scary to live here," a member of the Jewish community was quoted as having said.

It was also reported that, in the wake of the rabbi’s beating, the heads of the local Jewish community have asked the police to beef up security around Jewish institutions in Casablanca.

Israeli diplomat smuggled out of Morocco

Here it comes again: the Muslim backlash
Posted by bataween at Sunday, July 13, 2014

And who is surprised

So was the thug arrested?

news flash//
a pro-PLO/PA demo in Paris besieges 100s of Jews in a synagogue. I think that this was the synagogue on the Rue de la Roquette.

What a surprise to nobody

The bastard who attacked Rabbi Ohayon should have been shaddowed,and a day later killed, by hit and run attack.