A whole country in a single dish

Claudia Roden tells the Daily Telegraph how nostalgia for the food of her country of birth - notably ful mesdames bean puree - set her career off as a food writer. As a Jewish refugee from Egypt, she was the first generation of Jewish women forced to go out to work - a source of embarrassment for her father. 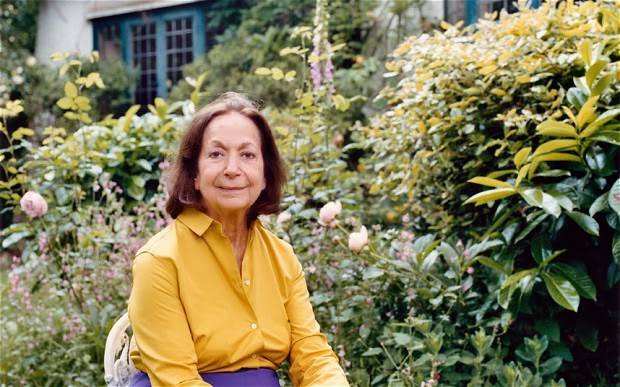 But the convivial, leisured life of the Cairene haute-bourgeoisie was not without its restrictions, especially for girls, though Roden, a keen swimmer and a national backstroke champion when she was only 15, was more outgoing than some.

“None of the women worked,” she says. “They just sat around playing cards and gossiping all day long. Nobody read a book, and you were never alone. Even going to the cinema, we would have to call people to come too, and then on to Groppi’s [a chic café in Cairo] afterwards for ice cream.”

The champion swimmer (second from right) in the 1950s

People also came together to prepare food. “When there was a party, friends all came to cook. The whole day would be spent in the kitchen, and we children would help with making little pies. My mother didn’t cook every day, but she taught our cook, who was from a village in Upper Egypt, how to cook in the Ottoman [grand Turkish] style – that was how we ate then.”

In those days Cairo was home to Arabs, Jews, Turks, Armenians and Copts, who all co-existed peaceably, but food culture was divided more on class than national lines. The family would rarely have eaten ful medames, a purée of brown beans that was sold and eaten in the street, yet this was the dish that started Roden, unwittingly, on her career as a food writer.

In 1953, at the age of 15, she was sent to boarding-school in Paris, and every Sunday she and her brothers were invited to the home of relations to eat this humble bean purée, the Egyptian national dish, which reminded them so intensely of home. The homesick Roden immediately tried to find out how to make it. The lesson was not lost on her – you could evoke a whole country and a way of life in a single dish.

Claudia with her parents and brothers, Ellis and Zaki, in Cairo in the early 1950s

Evading her parents’ attempts to marry her to a rich cousin (“He had a yacht, and it seemed an attractive idea – for about a day,” she says), Roden travelled to London and enrolled in St Martin’s School of Art. “The food was awful – mock cream, ghastly cauliflower cheese – but I was free and happy.”

Then, in 1956, Nasser expelled the Jews from Egypt and her parents, Nelly and Cesar, arrived penniless in London. Roden left art school and took a job at Alitalia to earn money for the family. “My father was ashamed that a woman in his family was working. He felt he should be the family provider,” she says.

A stream of visitors from all over the Middle East joined the family for Friday-night suppers, where they would talk nostalgically of the taste of home and all the dishes that reminded them of everything they had lost. Roden started hoarding their recipes, written on scraps of paper, intending just to cook them herself. These were to be the germ of A Book of Middle Eastern Food.

Read article in full
Posted by bataween at Thursday, July 17, 2014