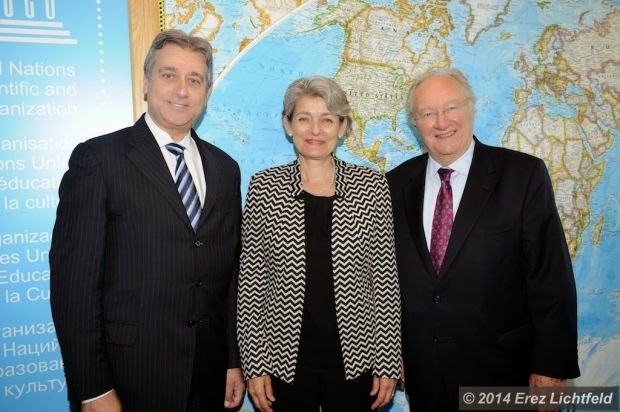 Last week, a delegation from Justice of Jews from Arab Countries (JJAC) met with Director-General Irina Bokova at UNESCO's Paris Headquarters to present her with a list of endangered Jewish sites. Mrs Bokova listened to 'powerful' addresses by Edwin Shuker of Iraq and Yves Fedida of Egypt. She expressed sorrow at the destruction of cultural heritage, but said she could not wave a magic wand. She was sceptical about the term 'tolerance' - a better term might be 'respect'. UNESCO was an inter-governmental organisation of member states and its freedom of manoeuver was limited. She could do her best to encourage meetings between individual UNESCO ambassadors and Jewish organisations.

Here is the text of the address to Mrs Bokova by Yves Fedida of the organisation Nebi Daniel.  Translation by Aimee Kligman (with thanks: Maurice):

I was born a Jew in Egypt nearly 70 years ago.

I could have been born as a Muslim in Haifa Muslim or a Christian in Beirut. However this birth, to this day, denies me the celebrate my story, to validate my past and preserve my culture.

With the exception of a brief hiatus of a few years in the fifth century of our era, Egypt was home to a Jewish community uninterruptedly since the sixth century BCE. This community gave the world thinkers such as Philo of Alexandria, Saadia Gaon and Maimonides. It gave modern Egypt Arabic language grammarians, playwrights that shaped the modern theater, filmmakers who contributed to its worldwide prestige and many other intellectuals. I cite Mourad Farag, James Sanua. Abu Nadara, Togo Mizrahi among others.

And yet if you tell any man in the street under 60 years old there existed a community of nearly 80, 000 Jews in Egypt before 1948, he will respectfully laught at you. It's just that my story and culture coincided in perfect harmony with an Egypt that was welcoming, benevolent and tolerant until the not very distant past, which has been obscured, even at Egypt's own detriment.

Due to the trials of history, this community is no more. We can name nine and eleven Jews in Alexandria and Cairo, respectively. Two men and eighteen women, who, with the exception of two, are both in their sixties, are all very avanced in age. That's it.

Prior to 1948, the country was blessed with a rich heritage of sixty synagogues across its cities, of which eight are among the oldest in the world, the community nowadays can barely account for about fifteen, of which four are among the world's most ancient. Ten of them are under the authority and good care of the Department of Antiquities, to whom we are indebted, but which does nothing toward their preservation, especially since it no longer has the financial wherewithal. No one can pray there, no one comes into these places of worship as they have become ghostly. Some of these synagogues are in a state of advanced degradation, while others are in need of light restoration. If nothing is done about this situation,  there will remain no more than three at most the next decade, albeit the most beautiful; but, in the long term,  they will disappear  as well, ending two and a half thousand years of coexistence. 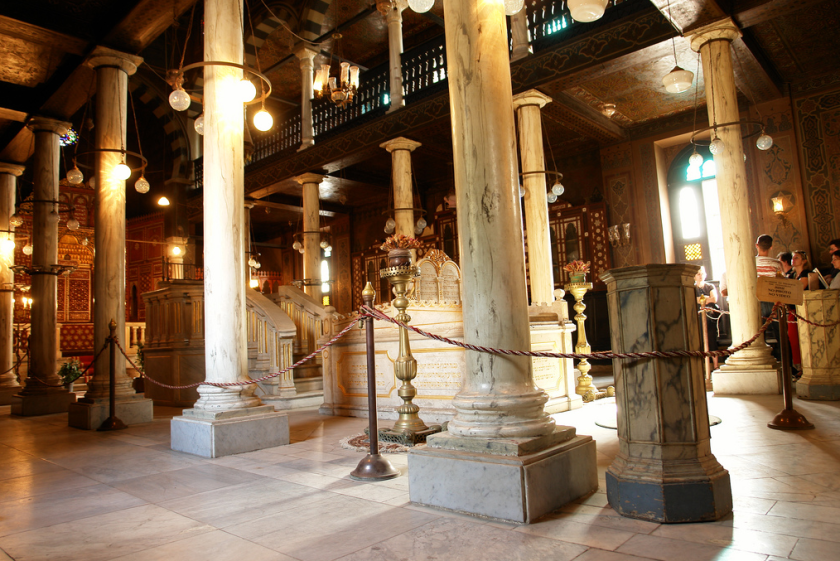 As with Prague, Izmir, or Fez as precedents, we wish to enlist the help of UNESCO and the World Monument Fund Jewish Heritage, of our own elders and especially of the Egyptian government pro-active action to save these inert witnesses of history which depend on an unstable and variable local tolerance.

Each city had its own Jewish cemetery. They all disappeared except those which have great appeal to Alexandria's real estate developers, and the Bassatine Cemetery in Cairo that dates from the eighth century. This third oldest Jewish cemetery in the world is still active but the tombs have been relieved on their marble, which has been used to adorn storefronts in town. It is lined with ad hoc supply routes where donkeys, trucks and bicycles disrespectfully trample over the graves, and where I continue to find the illegal appropriation of hundreds of square meters in each of my annual visits, not to mention the lamentable state of disrepair. Indeed, since it is Jewish, it is perfectly normal nowadays to store one's garbage! Thus, the living can no longer find their dead; but if the dead can no longer deplore their lack of respect, I am telling you loud and clear that this is a nothing short of a nauseating scandal.

We beg for an intervention that would lay down the law and would protect the sites with dignity, erect a wall, as unfortunate as that may sound, but sufficient enough to maintain the spirituality of the site. I asked the people of the Cairo Governorate if they would have accepted that their parents be treated in a similar manner if they had died in France. You can guess their answer.

I was born Solomon in Egypt - it could have been George in Istanbul or Ahmed in Jerusalem. But unlike them, I do not have a right to my identity. While my family and I were expelled from Egypt without the right of return to whence we were born, and while some were stripped of their Egyptian nationality because they were Jews, I am unable to get access to 255 birth records, marriages, divorces, deaths and public awareness, all of which is a collection of civil and religious status. A complete collection which dates from 1830 identifying all Jews of Alexandria ever since. Family photos accompany these documents from the early 20th century. These families who were born in Egypt, those from the East or the West, those from Europe or Asia, in this haven called Egypt since time immemorial, and in which no one, today, can count on its spiritual generosity. 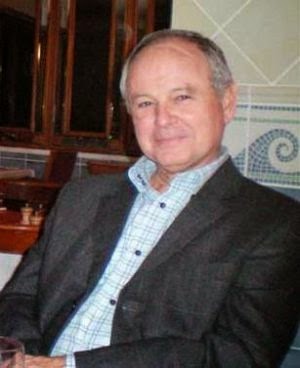 Yves Fedida: no right to identity

Since I was expelled because I was a Jew, paradoxically, I cannot prove my religious identity, and I have to struggle to prove my civil status with the very people who had rejected me. As you know the civil and religious state of the Ottoman empire devoted to religious communities remained in force in Egypt until January 1956. Forty percent of this population had been denied nationality. They remained stateless since 1925. This is their only historical identity. If this denial of identity is, of course, contrary to Article Six of the Universal Declaration of Human Rights, it is especially contrary to Egypt's own interests that would benefit the development of this collection, of which we do want a simple copy that we are willing to finance.

The community (two disabled people), under the supervision of the Security Services, confirms that they need their permission, whereas the latter state, without wanting to formally confirm, that the community is independent.

As part of the intangible heritage of humanity,  we plead UNESCO to intervene effectively with the Egyptian government to stop this unfruitful game and to place this collection under UNESCO's responsibility. Madam Director General, you spoke yesterday of history, culture and heritage, as your everyday reality. I am offering here what to do.

As for me, I dream of being able to organize under your auspices an exhibition such as that you opened yesterday, this time depicting the three thousand years of Jewish presence in Egypt, that I still love in spite of all.

Thank you for trying to turn my dream into reality.

I am also a Jewess from Alexandria, Egypt who left in 1956 at 8 years of age. Reading Mr. Fedida's appeal hit an emotional chord. Our families were dispersed all over the world, never to be together again. The joys of childhood robbed ! I never thought about the denial of identity until I read his words. It was always a loss of family I spoke of, but it is true that a denial of proving who you are is horrific as well. My Father never was the same, leaving Egypt broke him. He died with sadness but in this great land, the USA.