BBC fails to tell Jewish half of the story

On the anniversary of the passing of UN resolution 181 on the Partition of Palestine the BBC dutifully undertook a PR campaign on behalf of the Palestinian refugee agency UNWRA, featuring a slide show of the early years of Palestinian refugees. As the excellent BBC Watch explains, the BBC duly ignored a 21 November conference telling the 'untold' story of Jewish refugees, thus breaching its owns editorial guidelines on impartiality. Lack of suitable photographic material cannot be a valid excuse: Below Point of No Return has put together its own slide show.

On November 30th 2013 the BBC News website’s home page and Middle East page both promoted a feature titled “In pictures: Early years of Palestinian refugees” which showcases images from the newly digitised archives of UNRWA – currently being promoted by that organization within the framework of its permanent public relations campaign.

Quite how the promotion of campaigning material produced by politically motivated organisations can be considered part of the BBC’s remit or in adherence to its editorial guidelines on impartiality is a (big) question in itself, but it is notable that the captions to the photographs showcased by the BBC adhere diligently to the UNRWA script, with the text accompanying the final photograph, for example, reading:


“There are now four generations of Palestinian refugees. The “right of return” to their former homes in what is now Israel remains one of the thorniest issues in the conflict between Israel and the Palestinians.”

But of course the issue of Palestinian refugees is only half the story. The other half – that of Jewish refugees from Arab lands – has no dedicated UN refugee agency to document its history, no hereditary refugee status, no UN sponsored ‘Solidarity Day’ and no UN funded committee  to champion its ‘inalienable rights’.

The other half of that story has in fact never been mentioned in any UN resolution whatsoever in the past 66 years, as was pointed out by Israel’s Ambassador to the UN, Ron Prosor, at a special UN session held on November 21st.


“In his statement, Prosor decried the United Nations’ actions. “Since 1947, there have been 687 resolutions relating to the Israeli-Palestinian conflict,” he said. Over 100 of those resolutions “deal specifically with the Palestinians refugees. And yet as we speak today, not one resolution says a single word about the Jewish refugees.”  ”

The special session was titled “The Untold Story of the Middle East: Justice for Jewish Refugees from Arab Countries,” and was hosted by the World Jewish Congress. The event featured testimonies from speakers including Lucette Lagnado, Linda Menuhin and Levana Zamir and the film below was also screened. In conversation with BBC Watch, Ambassador Prosor noted that only one Arab country was represented at the event. 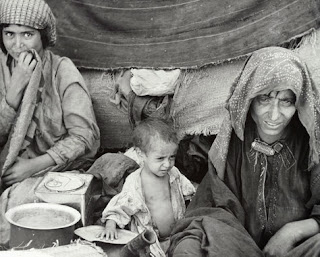 (Above) Yemenite Jews in a camp in Aden waiting to be transferred to Israel (1948 - 49). The Magic Carpet airlift (below) transported 48,000 Jews from Yemen. (JDC archives) 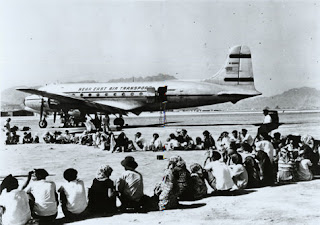 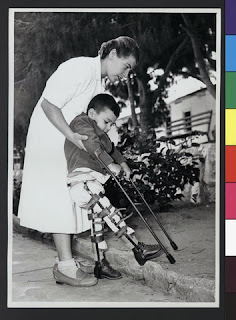 Above: Ezra Haddad, a young polio victim from Iraq, is helped to walk at at hospital in Israel (1950)  Below: Egyptian Jews arrive at the Greek port of Piraeus in 1957 on their way to Israel (JDC archives) 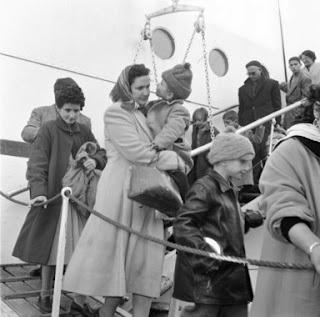 Photographer Robert Capa 's iconic image (above) of a Jewish refugee girl at the Sha'ar Ha'aliya camp outside Haifa. Below: wooden huts at the Talpiot ma'abara, 1950 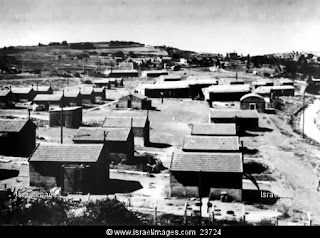