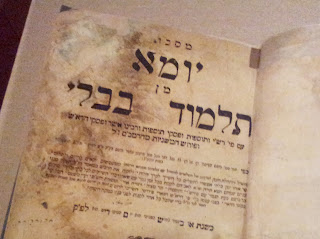 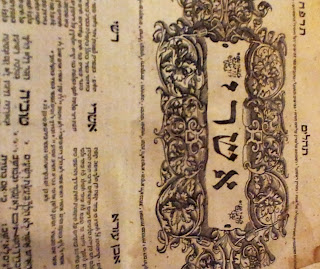 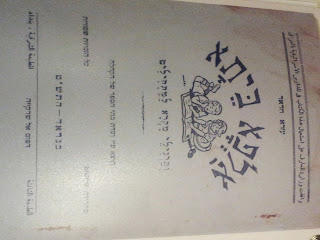 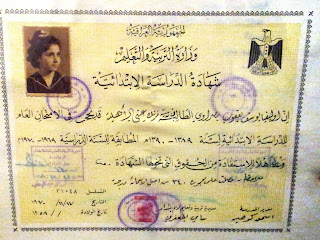 The story of the Jewish archive is a way of drawing attention to the forced exodus of Iraqi Jews. Winning a legal battle to stop the archive's return to Iraq won't be easy, say experts, but the hurdles are not insurmountable. Nathan Guttman gives a good overview of the issue in The Forward:

Washington — At the National Archives in Washington, the story of Iraq’s ancient Jewish community has just gone on display, presented via a priceless collection of artifacts and documents recovered during America’s 2003 invasion of Iraq. But behind the scenes, a battle reaching to the highest levels of government is taking place over the future of those same documents and artifacts.

“Discovery and Recovery: Preserving Iraqi Jewish Heritage” is the subject of a vigorous campaign launched by Iraqi Jewish activists, Jewish communal leaders and members of Congress trying to convince the government of the United States to back out of an agreement it signed with the Iraqi government, promising to return these objects after the exhibit ends.

At issue is not just the fate of the religious artifacts and community documents, which were forcefully seized by the regime of Iraqi dictator Saddam Hussein before American GIs ever arrived. With these items, surviving members of Iraq’s once thriving but now extinct Jewish community are also seeking to win recognition from the world for their story, a story they believe other Jews take for granted.

“I believe this is an opportunity to make people aware of how Iraqi Jews were forced to leave the country [and] under what circumstances that happened,” said Carole Basri, a lawyer, filmmaker and Iraqi community activist.

The documents now on display in Washington include papers from the Jewish school Basri’s grandfather founded in Baghdad following the 1941 farhoud, a pogrom against the city’s Jewish community. Basri faults the U.S. government, which rescued these documents and other papers and Jewish scriptures from the basement of the Iraqi secret police after Saddam’s ouster, for rushing to sign an agreement without consulting with members of the Iraqi Jewish Diaspora. Now this Diaspora wants its voice heard in the belated debate over the agreement.
The tale of the Iraqi Jewish archive dates back to 2003, weeks after Saddam’s fall. (...)

Jewish organizations have long been concerned about artifacts belonging to extinct communities. Members of the Iraqi Diaspora look at looted Jewish property and art from the Nazi era as an example of goods taken unlawfully that have been returned to their owners. Other cases are more complex. They include the Chabad-Lubavitch movement’s bid for ownership of 40,000 books and manuscripts collected by Rabbi Joseph Schneerson, the Hasidic group’s sixth grand rabbi, that are now held by Russia, and the claim by the YIVO Institute for Jewish Research for a historic Yiddish book library in Lithuania.

Winning a legal battle for keeping the Iraqi Jewish archives in America won’t be easy, international lawyer Allan Gerson said. He explained that a U.S. court will not agree to judge the legality of actions taken by the Iraqi regime that seized the archives. The fact that the U.S. government signed an agreement promising to return them makes things even harder, he said. But he added that these obstacles “are not insurmountable.”

Still, given their daunting legal odds, activists pushing to keep the artifacts here are trying to avoid taking the case to court. Rhode suggested making the digital images of the artifacts available online and open to the Iraqi government, while leaving the objects in the United States. Basri said she supports setting up a commission to locate owners of the objects while signing a long-term loan agreement with the Iraqis.

The State Department, on the other hand, believes it can satisfy all sides by adhering to the agreement and ensuring that the collection is treated with care when returned to Iraq. To this end, the department is bringing Iraqi conservation specialists to learn from National Archives experts.

The battle over the archives’ fate could lead to a broader examination of Iraqi Jewish property. Activists and Jewish groups have pointed to a locked storage room in the Iraqi historical museum that contains, according to estimates, some 500 Torah scrolls. In Iraqi Jewish tradition, individuals in the community who had their names embroidered on the Torah covers owned the scrolls. This, members of the community believe, could make locating the owners possible, if and when access to the scrolls is allowed.

And today on BBC television it was announced that a very large number of paintings by the great masters have been found in Germany. These paintings belonged to Jews who were taken away to concentration camps.
Will they be given back to the families of these Jews? We shall see.
So it is with the artifacts stolen from the Iraqi Jews.
Remember this saying: if ou want a thing well done, do it yourself!
sultana

The outcome depends on political decisions most likely. And in this case, the State Dept & obama White House are against the Jews instinctively and traditionally. The white House & State House have to be named and shamed.

You can read from the Torah portion that is on display, which is open to לֶךְ-לְךָ — Hebrew for "go!" or "leave!" http://en.wikipedia.org/wiki/Lech-Lecha

The school records of Edwin Shaul Shukur and Olivia Joseph Jacobs are on display.

At the beginning of exhibit, there is a collage-like assembly of paper scraps. Standing out is a book with a yellow cover with a title in Arabic related to "Israel's strategy in the Middle East." Perhaps some of the archive is from sources other than the Jewish community.

The displays have bilingual Arabic MSA and English text, and the Arabic uses the Hebrew names for the prophets, which may not be as familiar to readers as are their Iraqi aliases.

The exhibit is bound to draw much positive attention to the Jewish world when it travels to Iraq.

Many thanks Malcah for your report on what you saw. Just happened to be talking to Edwin Shuker today and he said he was very tempted to visit the exhibition to see his school records.

speaking of the return of the paintings stolen by the Nazis, the German customs police knew about this trove of paintings for almost 3 years, since early 2011. Yet the owners and heirs, such as the very prominent Anne Sinclair, were not notified till this past Sunday by the weekly Focus. So it appears.