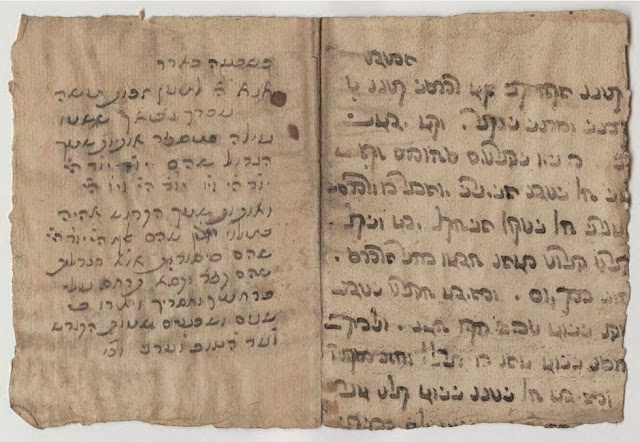 The 2,700 documents of the Iraqi-Jewish archive are providing rich pickings for scholars. They are being digitized by NARA (the US National Archives authority)  and gradually put online on this site.

Dr Ezra Chwat from the National Library of Israel department of manuscripts has been studying documents relating to the famous rabbi Ben Ish Hai (Hakham Yosef Haim) who died in 1909. Dr Chwat has identified rare examples of a type of script used by Jews in Iraq known as Khatzi Koulmous (meaning 'Half a Pen').

According to Maurice Shohet of the World Organisation of Jews from Iraq, the Hebrew writings in Iraq (and used by Jews in other Arab countries until the mass emigration to Israel )  until the first half of the 20th century used to be in Khatsi Koulmous.

" It is very rare to find today people outside academic or religious institutions in Israel who still know how to read and write in the Khatsi Koulmous script. It used wrongly to be called“Ktav Rashi” (Writing in Rashi letters), due to the fact that in the first books in Hebrew they printed the Rashi Commentary using the Khatsi Koulmous script to distinguish it from the biblical text", says Maurice Shohet.