Two of the signatories of the bi-partisan letter to John Kerry: members of Congress Jerrold Nadler and Ileana Ros-Lehninen. 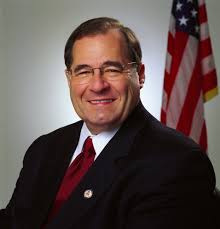 A group of 47 Democrat and Republican Congressmen has sent a letter* to the US Secretary of State John Kerry urging him to ensure that the Iraqi-Jewish archive be returned to the Iraqi Jews to whom this 'cultural treasure' belongs.

The letter gives an account of how the cache was seized from Baghdad's last remaining synagogue and deplores the agreement signed between the US and Iraqi governments, committing the US to return the archive to Iraq.

"The Government of Iraq has no legitimate claim to these artifacts. We firmly believe that these items should be returned to the descendants of the Iraqi Jewish community, who still mourn the loss of these priceless reminders of their former lives in Iraq. Therefore we urge the Department of State to faciliate the return of these items to their rightful owners or their descendants," the letter says.

The Congressmen's appeal comes on the heels of a statement by Jewish groups asking for US assurances that the Iraqis would protect the archive and make it   accessible to Jewish communities around the world.

*For full letter apply to bataween@gmail.com

It will be interesting to see what the "hair-do that walks like a man" will do. Kerry's idea of causes to endorse include the 2009 Gaza Flotilla.

Anyhow, here's another effort on this subject from Commentary:
http://www.commentarymagazine.com/2013/11/13/what-will-become-of-iraqi-jewish-artifacts/