On the supposed 'whiteness' of Israeli Jews 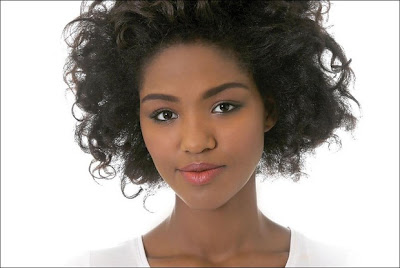 This year's Miss Israel is a young lady of black Ethiopian heritage. But how many people, including prominent intellectuals and leaders, believe the myth that most Israelis are white? Jeff Weintraub puts them to rights.

In 2003 a very great man, Nelson Mandela, made a very inaccurate and unfortunate statement:

Why should there be one standard for one country, especially because it is black, and another one for another country, Israel, that is white.

That remark was was especially bizarre because the country Mandela referred to as "black" was Iraq. I very much doubt that this was the way Saddam Hussein would have described himself.

As I pointed out in 2008, Mandela's statement reflected a misconception about Israel that is all too prevalent. His description of Israel as a "white" country was no doubt based on a taken-for-granted assumption that Israeli Jews are of European origin.

In fact, about half of Israeli Jews are Middle Eastern Jews, or Mizrahim (sometimes also called Sephardim, though strictly speaking that term covers only Jews who can trace their ancestry back to pre-1492 Spain)--and for most of the history of Israel, until the arrival of the Russian Jews in the 1990s, a solid majority of Israeli Jews were Mizrahim.

These people are not Europeans or ex-Europeans, but refugees from the Arab world and Iran (and their descendants), and the now-vanished Jewish communities they represent had roots in the Middle East, including what is now Iraq, that long pre-dated the coming of Islam.

If they are "white," then so are Iraqis ... not to mention Syrians, Algerians, Egyptians, Saudis, and so on.

European Jews are not Europeans in the ethnic sense. They are also the descendants of Jews that lived in the land of Israel. What's more, many of the Ashkenzim are descendants of Sephardim that fled from Spain during and after the inquisition.

Cosmic is right. The Mediterranean Sea does not divide one race from another or one skin color from another. Migration around the sea was going on from the early First Millenium BCE, if not before. Phoenicians especially were migrating to Greece, to Ionia and Caria [now southwestern Turkey], to Spain, Sardinia, Carthage [now Tunisia], etc. Likewise, Greeks migrated to Egypt where they established the city of Naucratis as a trading post in the late seventh or early sixth century BCE. Jews too migrated with their Phoenician neighbors.
The first Jews to be allowed into Germany, to migrate across the Rhine [815 CE], that is, the first Ashkenazim, came from northern France [also descended from migrants] but mostly from Italy, including Sicily and southern Italy which were in contact with the Jews in Israel, and at first used the Talmud Yerushalmi, in later centuries going over to the Babylonian Talmud. Jews in Germany migrated eastwards from Germany in the later Middle Ages as Jews were expelled from certain Germanic territories/states. Some of this info is in works by Avraham Grossman.