Of Kurdish barbers and Jewish converts 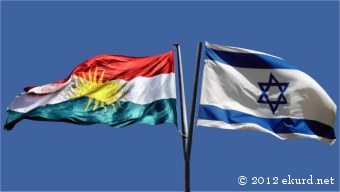 Last week, I met a Kurd, a barber by trade, with Jewish grandparents on his mother's side. I asked him, how come his grandparents had converted to Islam? His grandfather had a dream about Muhammed, the barber told me. He was instructed to go and see his local imam. His imam told him that the dream was a sign that he ought to convert to Islam. And so he did. His Jewish wife and family were also persuaded to change their names to Muslim names and convert.

But there was always a lingering suspicion that the wife was not sincere in her conversion. As a good Muslim, she was expected to spread her prayer mat out five times  a day. To test her, her family placed matchsticks inside the prayer mat. If she had used it, the matchsticks would have broken. They checked the prayer mat: the matchsticks had remained intact. Her grandson the barber considers himself Jewish, as halachically (according to Jewish law) he is - Judaism being passed down through the mother's line.

In Kurdistan, they call them Ben-Ju: they are the descendants of Jews converted to Islam. To all intents and purposes, they are Muslim. But they remain aware of their Jewish ancestry, and this undoubtedly influences their views. Many are sympathetic to Israel. The Israel-Kurd magazine - whose editor disappeared last summer without trace (reportedly kidnapped by Iranian agents) - was apparently an initiative of Kurds of mixed Muslim-Jewish ancestry.

The barber's grandfather converted to Islam of his own free will. On several occasions, however, I have met Kurds who are now Muslim because decades, or centuries ago, a Muslim tribesman took a fancy to a Jewish girl and had her abducted so that he could marry her.

There could be hundreds or even thousands of these cases. It's an intriguing thought that the scale of forced conversions in Kurdistan might even approximate what occurred in Morocco (one in four Moroccan Muslims in Fez, for example, are reckoned to descend from Jewish converts) Yemen, and Iran.

Muslim-Jews lost in the no-man's land of identity

boohoohoo!What a sad story. Forced to give up your religion.
If that is not proof of antisemitism, I don't know what is!!!
sultana latifa
a Jewish refugee from Egypt.

Because so many Jews remain, albeit unidentified as such, among the Arabs, Moshiach will apply his unique power of olfaction to detect the true Jew from among the muslim hordes.

i am kurdish jewish from city kermanshah one city in iran there many jewish living beetwin 800000 an 900000 many can not say they are jews.....because there are a lot of problems Islamists hate us very much, I do not know why they hate us, what have we done to them
They have occupied our land